Date of Visit: 2012.04.03
I was looking for Jajangmyeon, and a friend recommended we try this place. It’s probably been over 10 years since I last had Jajangmyeon? This is up at Yonge/Finch koreatown, just south of Finch. 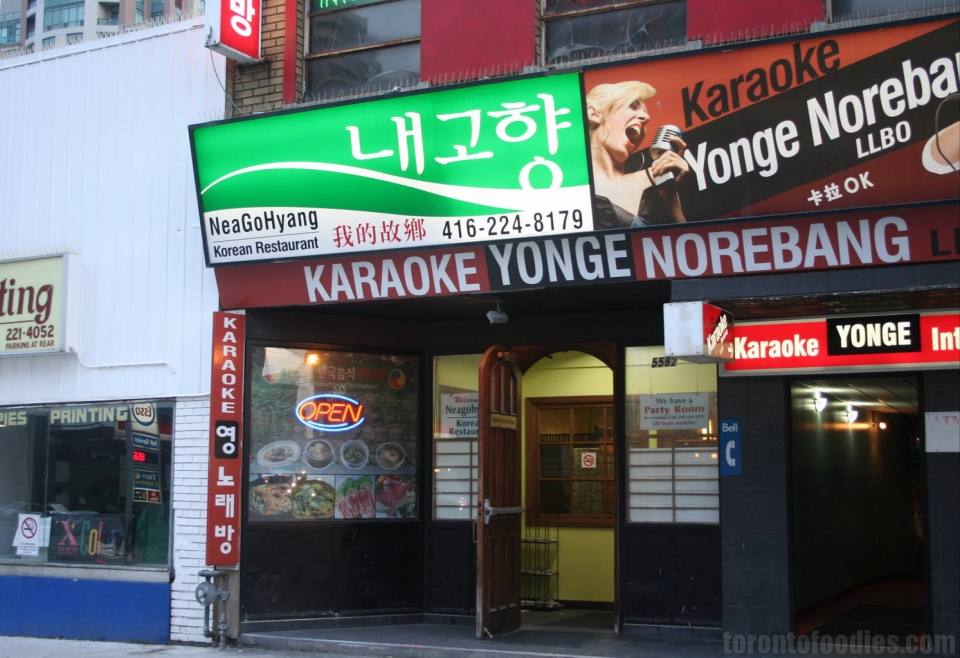 The pickled turnip was good, and not too harsh. The kimchi was also reasonably in-between — not too spicy, but more tart than I like. 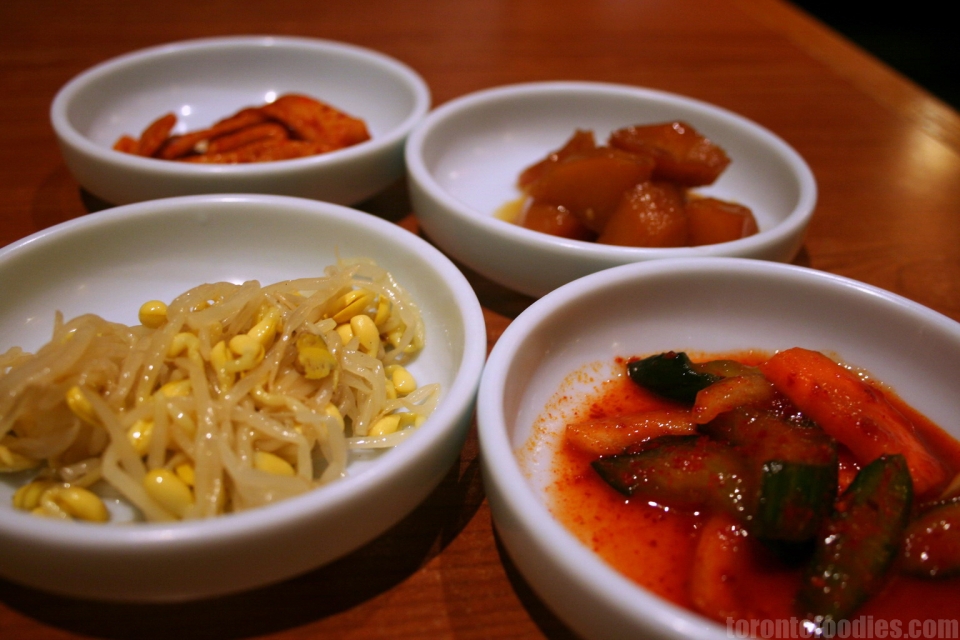 They gave thin-sliced fried fishcakes/fishballs, which is something I’ve not seen before (lower-left). Quite delish! 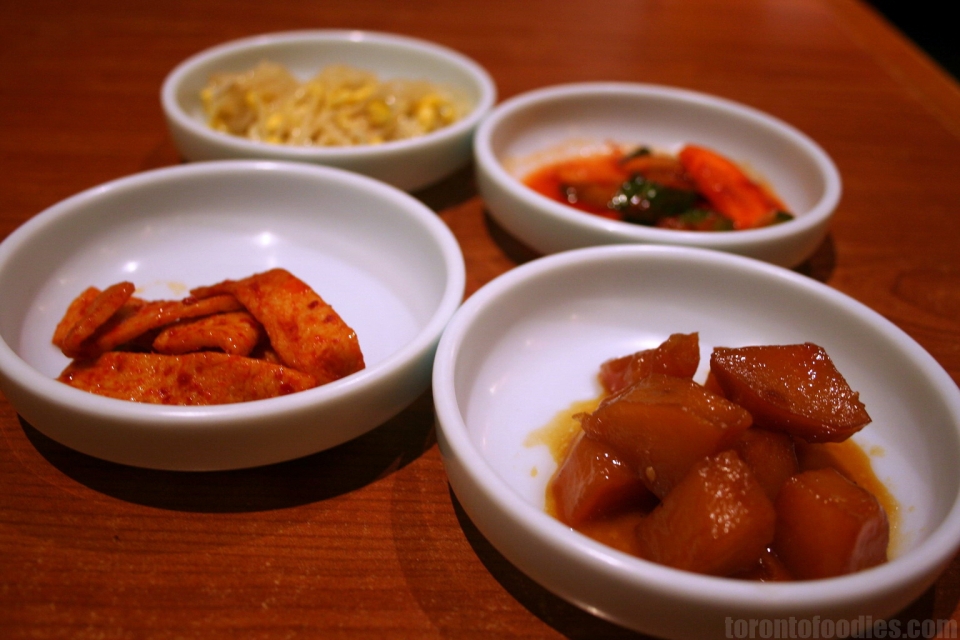 Their marinate kalbi was pretty good, cut fairly thick but not too tough or chewy, with good caramelization and grilling. 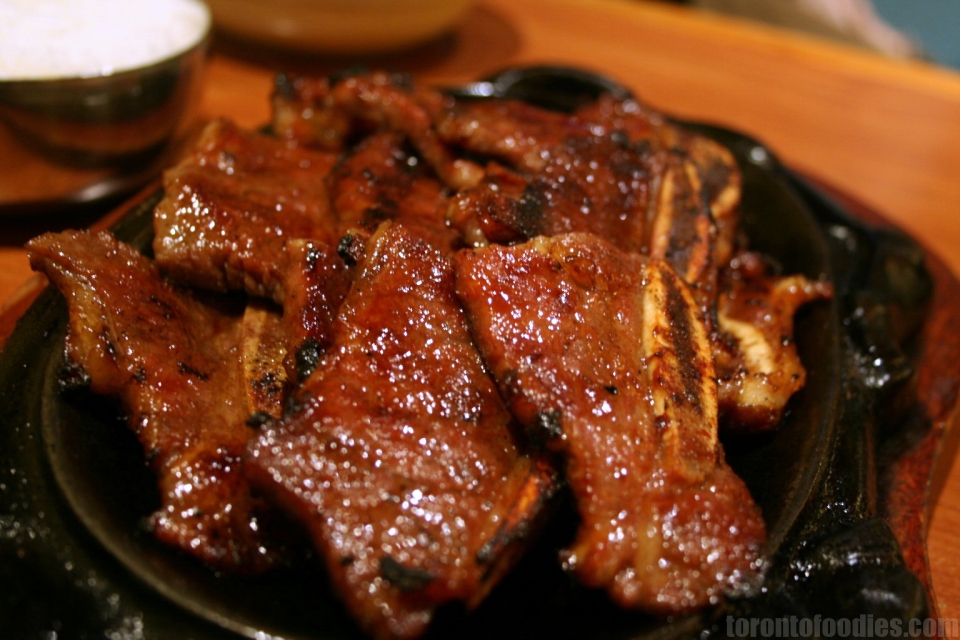 The sauce for the Jajangmyeon, with lots of transluscent onions, diced pork, in a sweet black bean sauce. The sauce almost reminded me of oyster sauce in its sweet-and-saltiness, but was lacking the black bean flavour. 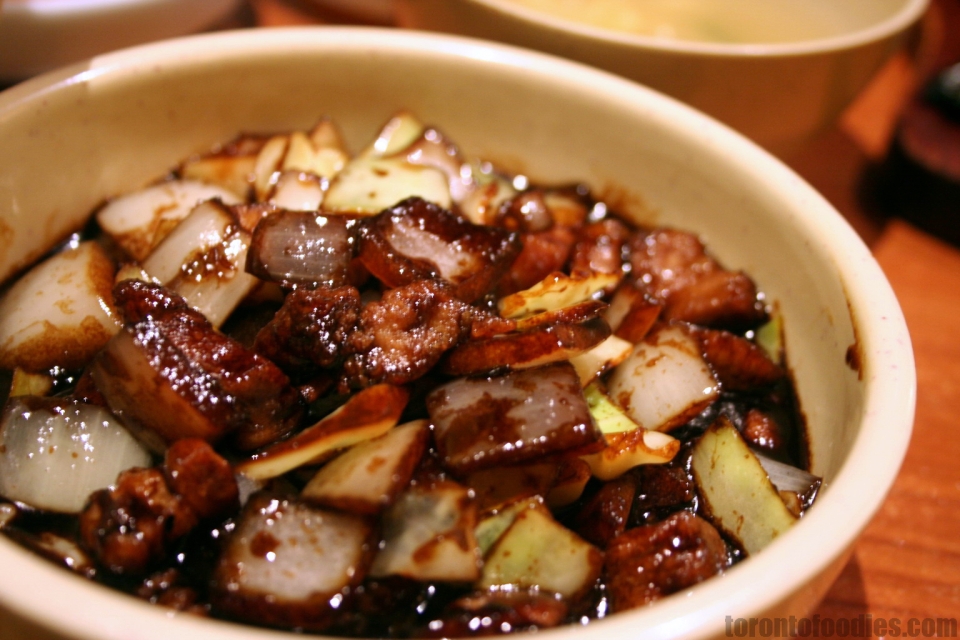 The noodles for the jajangmyeon were long and chewy, I enjoyed the texture. They provided scissors, so that you could snip and shorten the strands and make less of a mess. I didn’t snip the noodles until maybe half-way through my meal, when I got tired of twirling my chopsticks, and wanted to avoid any splatter disasters (displatter? splatsaster?) 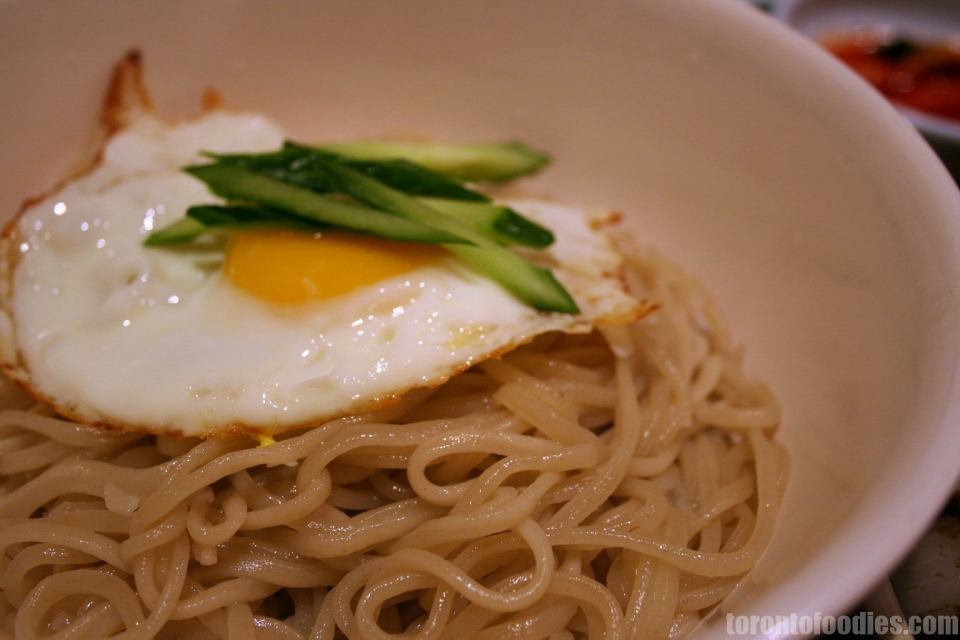