I have been checking out Power Unit’s Toronto/Markham “Night It Up!” Night Market for several years now, and I had started to shy away from the event due to the colossal crowds – which has been partially alleviated by their relocation from Metro Square to Markham Civic Center. A few years ago, I found out that another night market was running down on Cherry St, in the T&T Supermarket parking lot (right next to The Docks entertainment complex). I checked it out, and found the event far more spacious and relaxed. The event is organized by T&T Supermarket with the NAAAP, and has gotten more and more popular, even though the event is pretty far from the bulk of the Chinese population residing in North/East Toronto. Many of the Night It Up vendors also showed up, including Wei’s Stinky Tofu (along w/ Mama Bear and others). 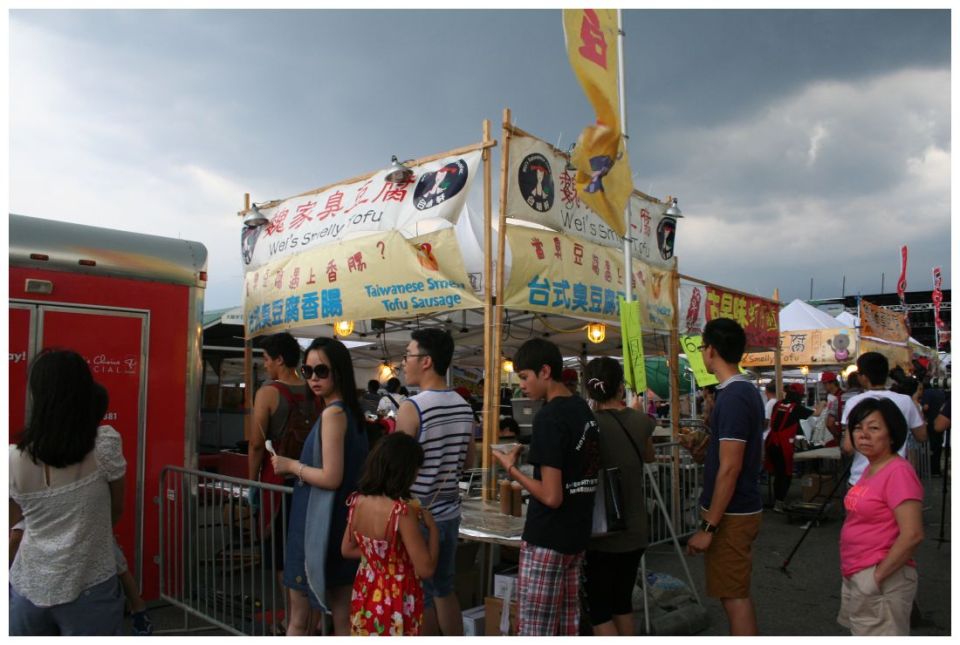 Arriving bright and early on Friday night (my usual MO for hitting festivals and avoiding crowds), we were greeted by a raucous thunderstorm, wreaking just a tiny bit of havoc. Many of the customers tried to hold down tents, but not all tents were so fortunate. The venue also lost power — including the neighbouring T&T Supermarket (where many people stayed until the storm passed). 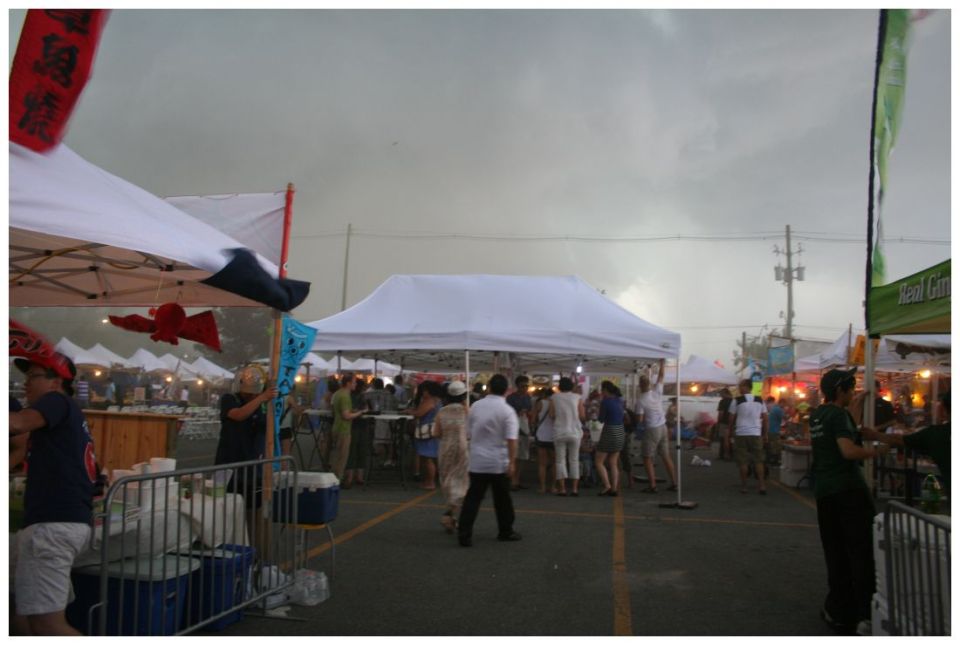 I came back on the Sunday evening, hoping for a light crowds — but the event was plenty boisterous.

Kanto by Tita Flips showcased a delicious Sisig Fries – you might as well call it an Asian Poutine. Topped with lechon kawali (roasted pork belly), this was definitely one of the top dishes I ate. The flavours of sriracha and aoili are dominant (offset by the green onions), but you get the texture of the fries, crunchy pig’s ear and roast pork. It reminds me a lot of Banh Mi Boys’ Kimchi Fries in terms of overall flavour, minus the kimchi and pulled pork, of course. 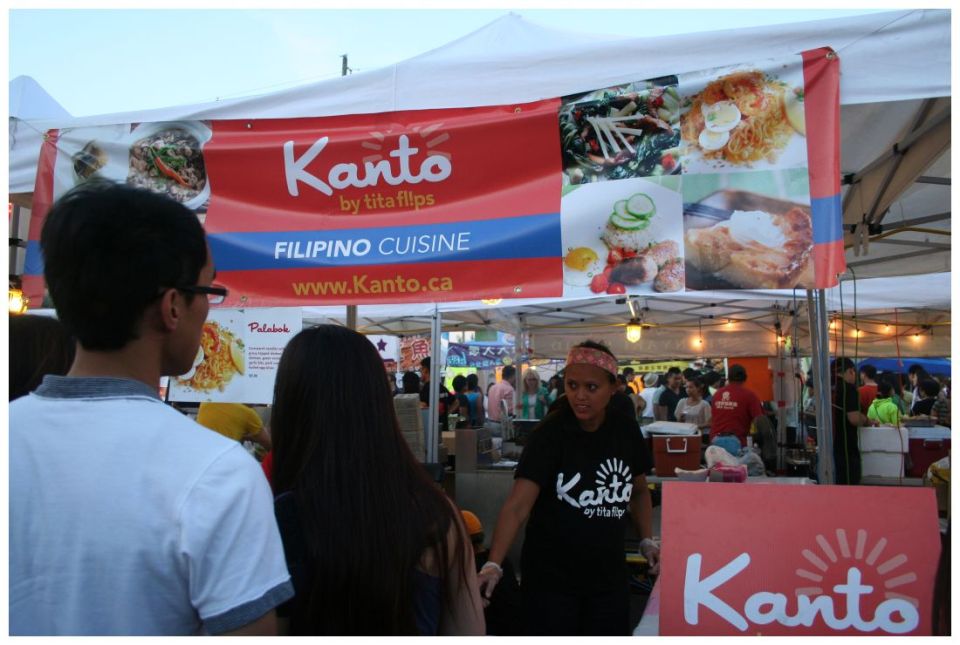 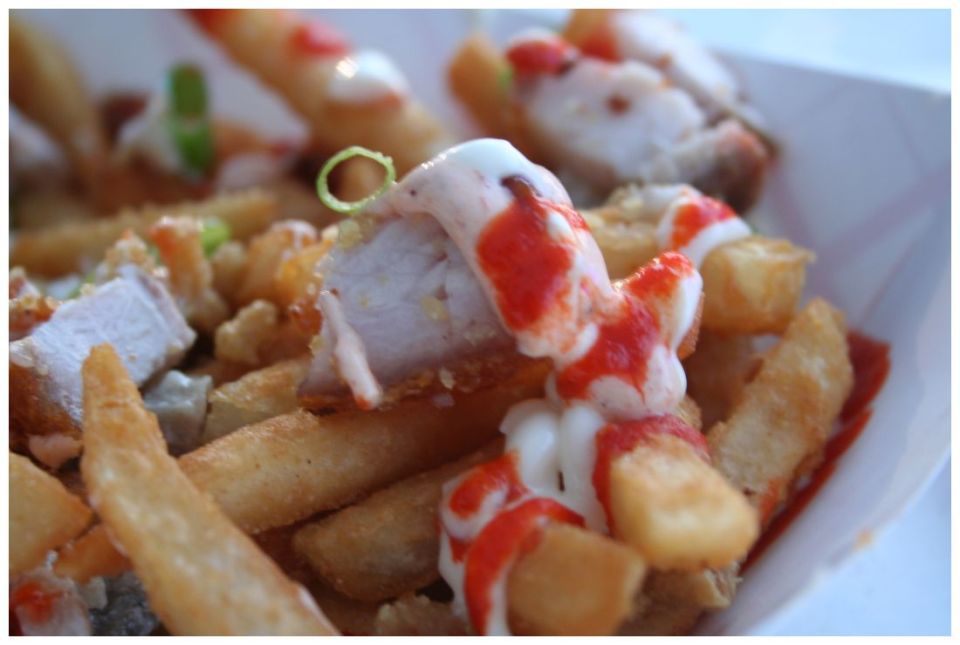 The Palapok, while good, just didn’t have the same “wow” factor. The cornstarch noodles were surprisingly tender and smooth, despite the visual similarity to spaghetti. There were crispy pieces of crackling that added a great texture contrast. A bit more flavour would have really brightened up the dish – a bit more tomato base or salt would have been great. 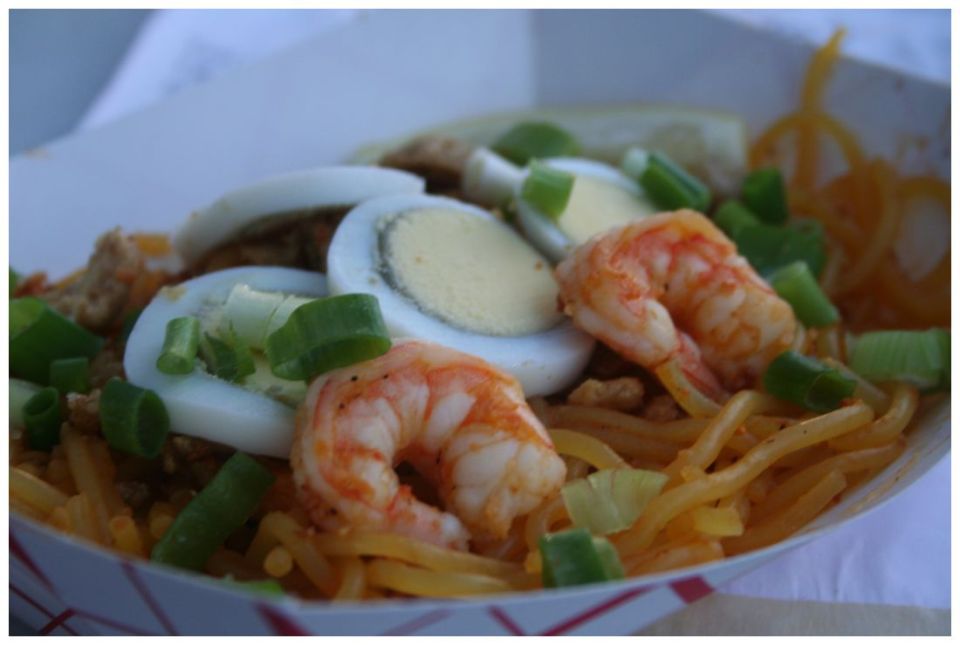 My friend had raved about the Singapore Style Oyster omelette, proclaiming it a must-have every year (especially since they’re not available at any other food market event in Toronto). I tried these, and I was absolutely sold. Prior to this, I’ve only had the Taiwanese version of oyster omelettes, with its transluscent, chewy consistency, and signature pink sweet sauce. The Singaporean version was much more like an omelette, with the use of egg as the main ingredient, and plump, juicy oysters. There’s a sprinkle of bean sprouts for vegetable texture, and a light sweet-and-spicy red sauce, but is nowhere as doughy as the Taiwanese version. I’m a complete convert, and for oyster lovers, I cannot recommend this enough. My face was lit up the entire time I was having this. For those that are less enthused by oysters, your results may differ. My clear favourite item of the festival. 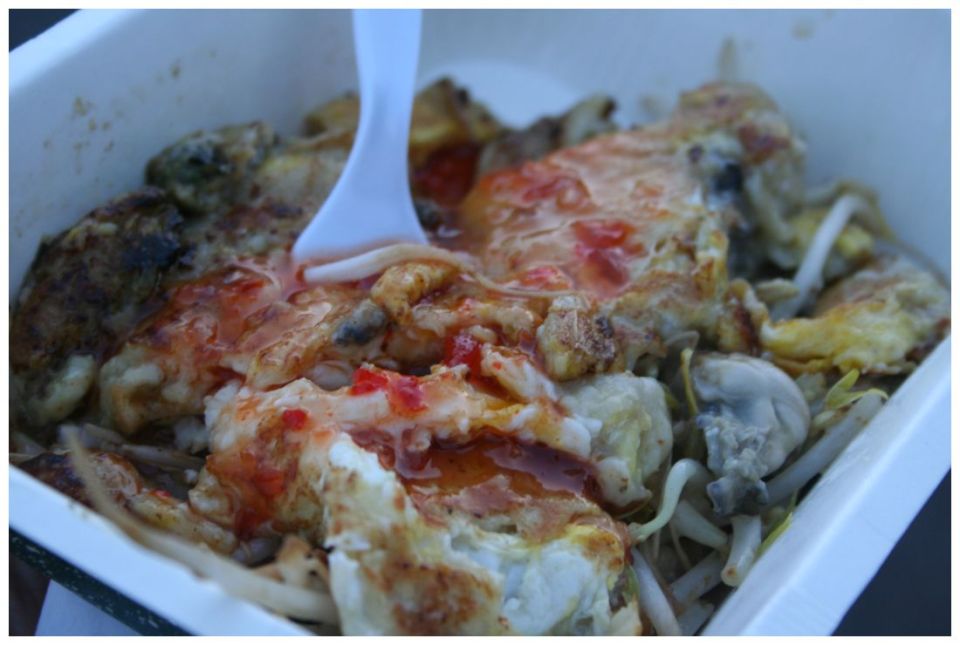 Me.n.u Food Truck debuted his new Pokeball rice ball — a rice ball containing chinese cured sausages, topped with fresh mango. The first bite was very impressive, with the bold smokiness of the chinese sausage. It’s a great choice, being a seldomly-used ingredient. The mango, while fresh, was too tart and jarring. The mango was like a bolt of lightning – a bright bold flash of flavour, but just as quickly dissipates from the dish and the palate. While the first few bites of the rice ball had an earthy smokey depth (and as always texturally perfectly crisp on the outside), the novelty and boldness of the smoke wears off about half way through, and the flavours become muted for some bizarre reason.

Dutch Frites showcased their version of a poutine, topped with pieces Frikandellen (deep-fried sausage). Unfortunately, the fries were underfried — a bit limp and soft, although the potato tasted fresh-cut. This could have been due to the lack of lighting, as it’s difficult to gauge doneness once it got dark.

I’ve seen Gusta Haus of Sugar Art (Facebook  / Website ) earlier in the summer, at T.O. Food Fest  and Night It Up 2013, demonstrating their Cola Bomb concoction. For Waterfront Night Market, I was very surprised to see them selling macarons. I’m not frequently impressed by macarons, as the bulk of them are just tooth-achingly sweet. I was thoroughly impressed with Gusta Haus’ macarons, particularly with the pillowy-soft and uniformly smooth texture of the shell’s interior, the deftly tempered sweetness, and flavourful filling. Having tried all six flavours, not a single one of them would be considered “too sweet” — and my sweetness tolerance is pretty low. Their macarons are now a target for me to strive for, in my own baking attempts. At $10 for a half-dozen, this was an absolute steal. 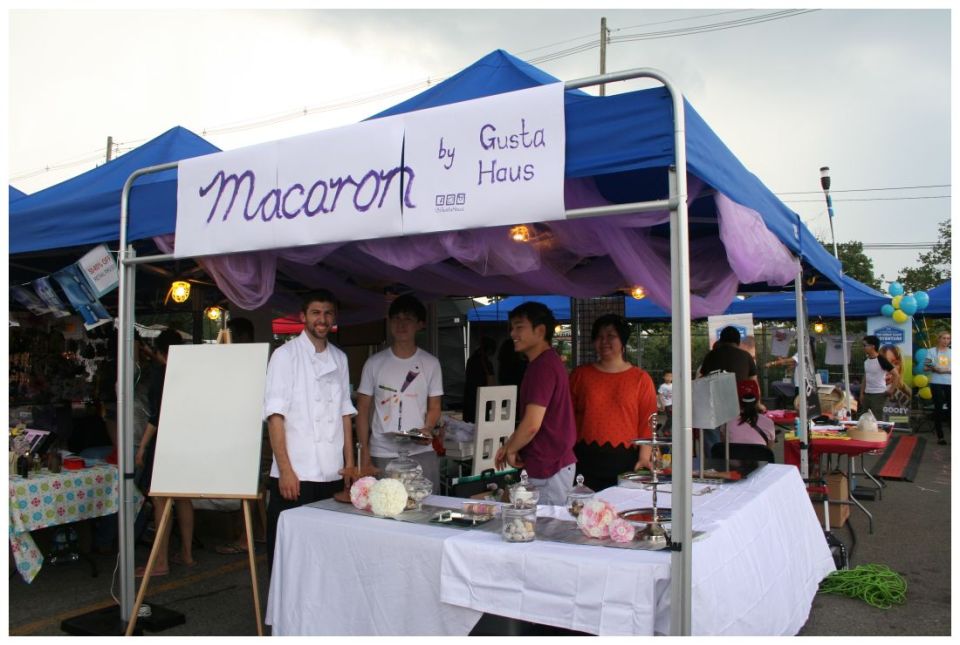 Dat Chick Craze (Twitter / Facebook) generated a lot of buzz at Night It Up, between a fun name, active social media presence, great booth decor, and offering the ever popular Taiwanese popcorn chicken. The Pop’n Chicken ($5) is served in a cone, accompanied by fried thai basil leaves. The portion itself was a bit overhwhelming, with maybe 5 medium-sized pieces, slightly smaller than McNuggets. The batter and season was mostly chilli peppers, rather than a balance of garlic and salt. It certainly popped with heat, but the flavour was lacking. The crunch was fine, but the thai basil leaves were a bit limp, rather than crispy and flaky. Speaking to them at the event, WFNM was their last gig for the 2013 festival season, but we may see them again in 2014. 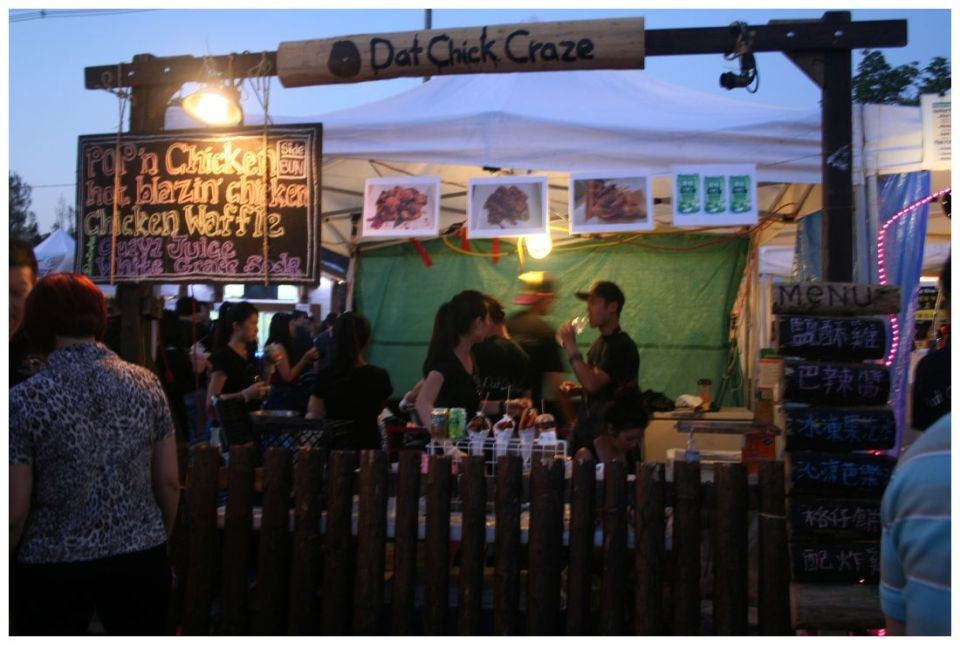 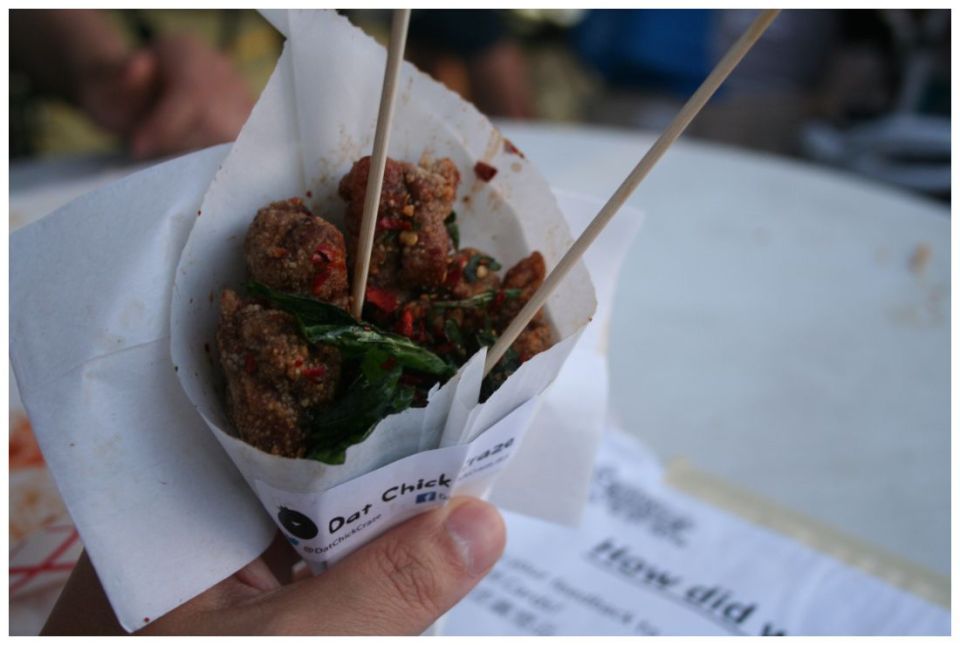 Cha.Me.Cha continued offering their summer-favourite shaved ice, which almost tastes like shredded Korean Melona-brand popsicles (at least for the honeydew flavour). The cup is plentiful, and has loads of flavour (albeit artificially flavoured). It’s mesmerizing to watch them take a block of frozen green ice, and run it through their shaving machine. 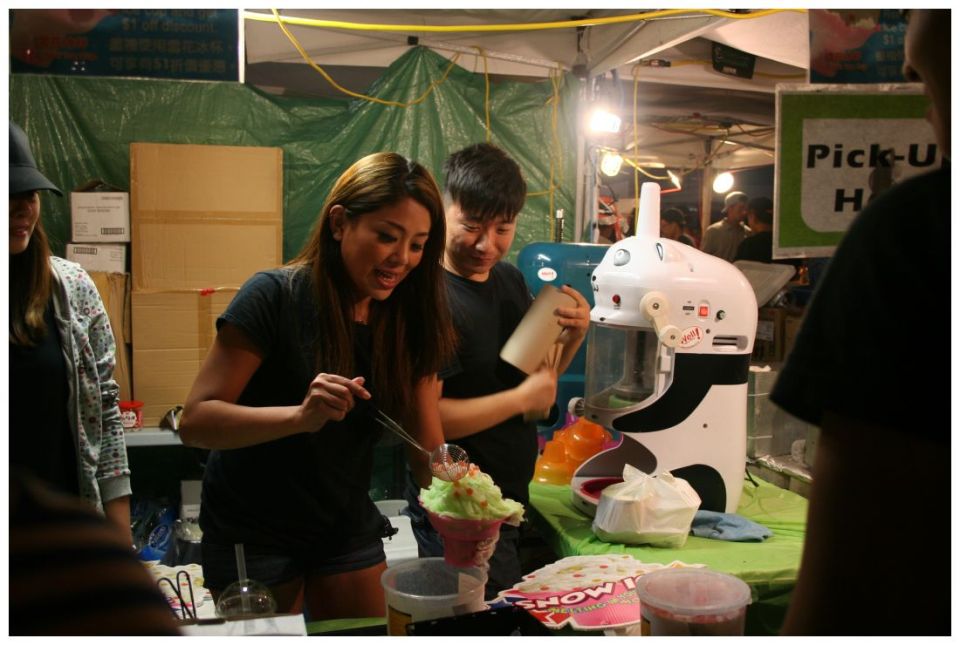 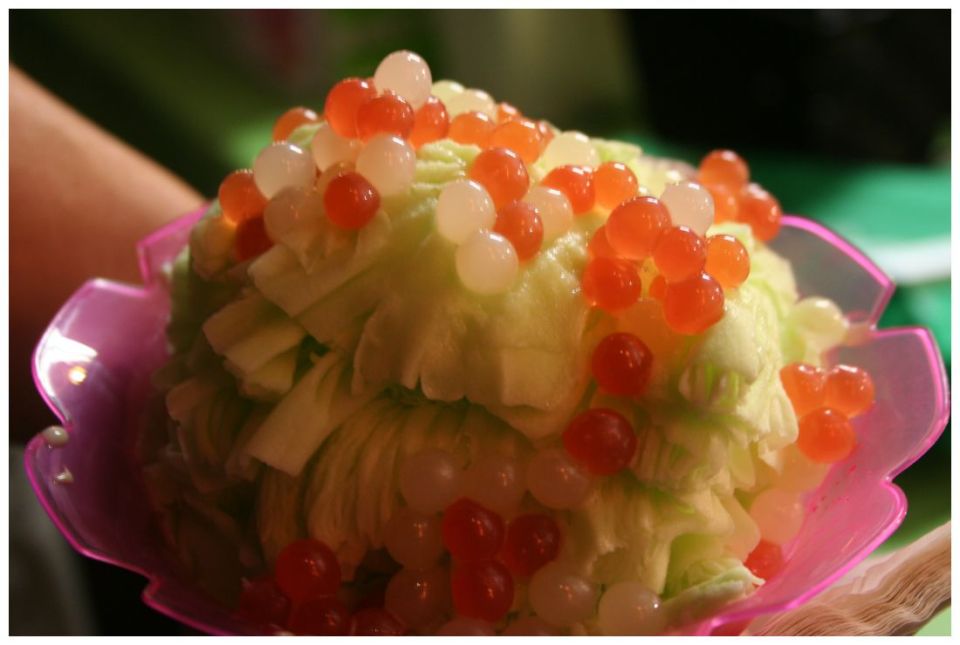 T&T hosted their own booth, offering enough deep fried deliciousness to outfry the CNE (though maybe not the Texas State Fair). 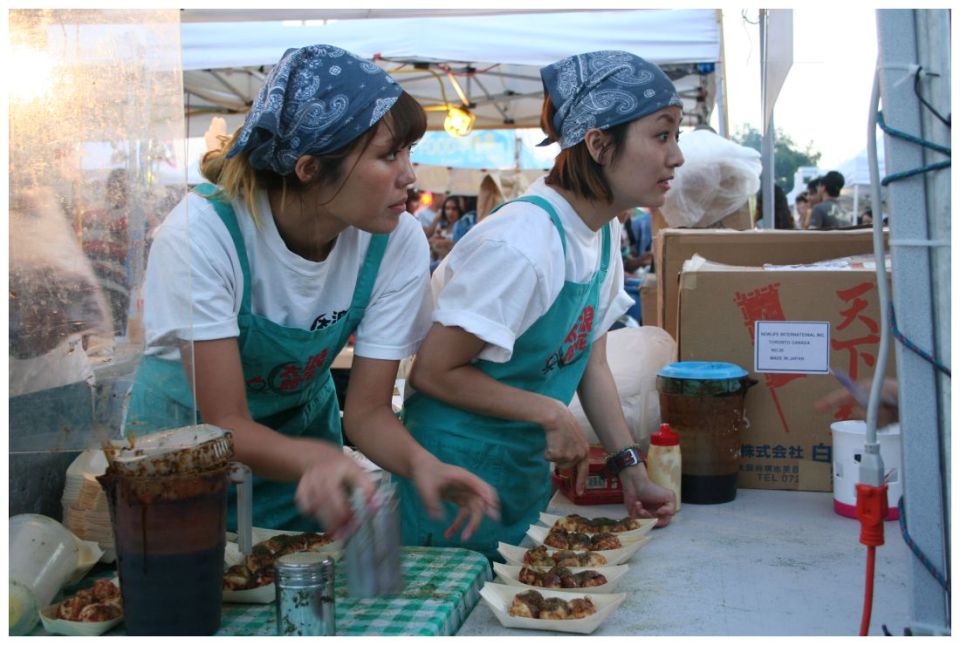 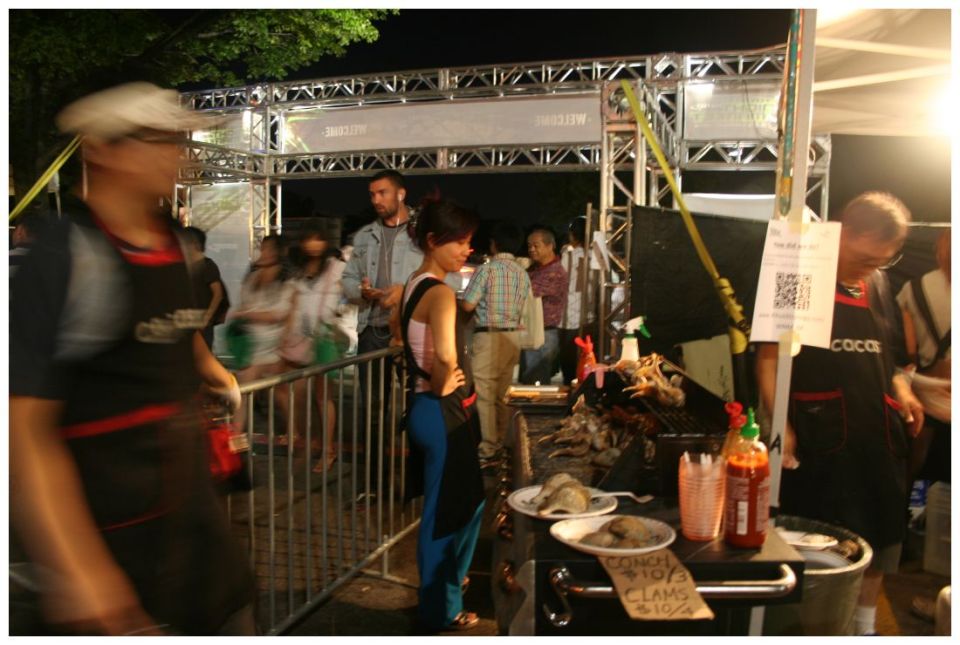 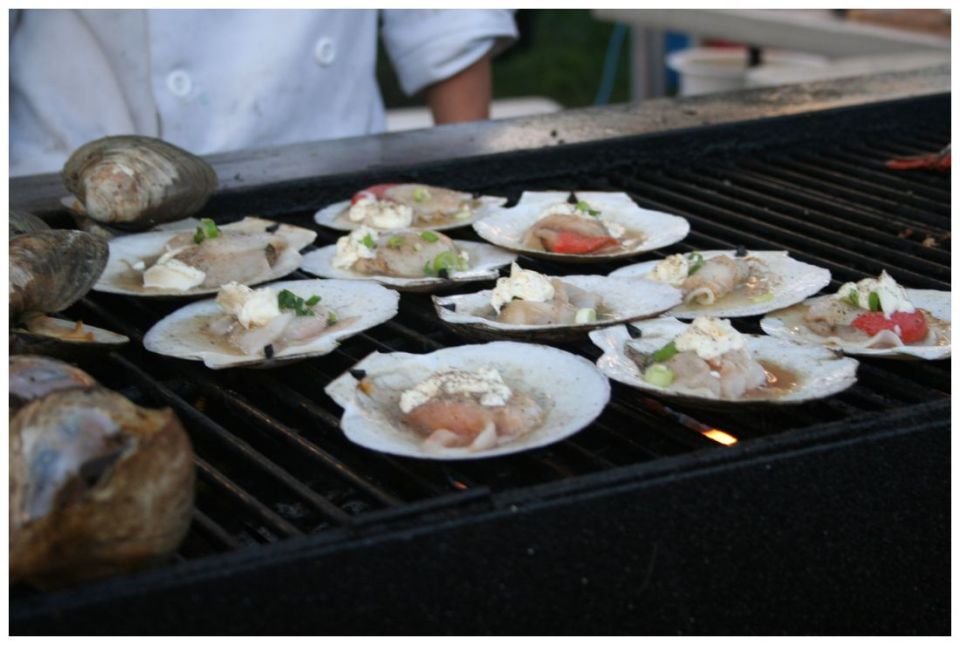 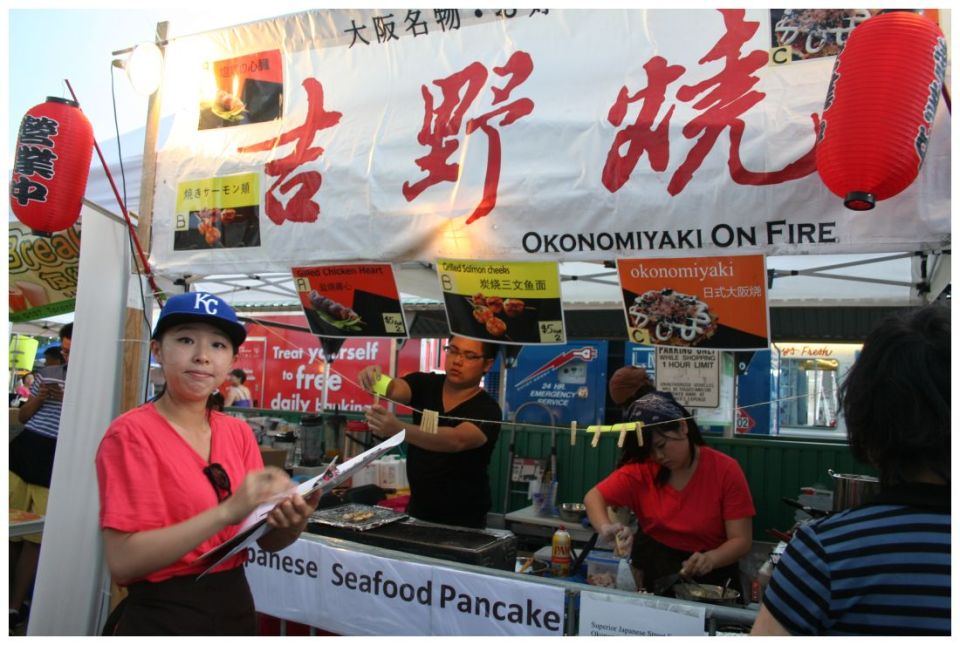 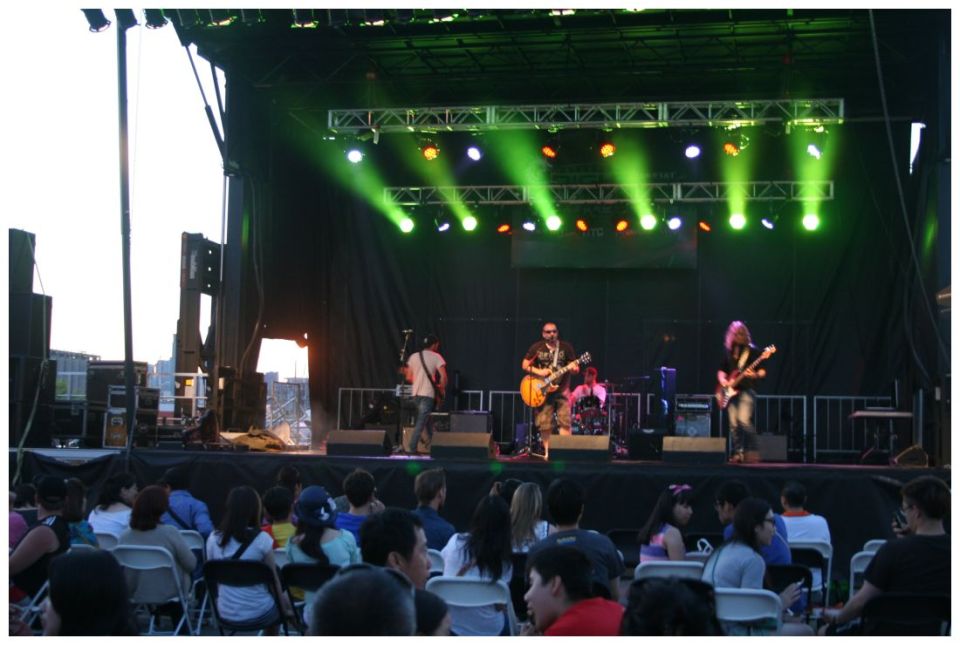