Many of Toronto’s young talented chefs have their sights set on food trucks and pop-up restaurants.  This pair of chefs who had met at Canoe decided to open a simple, back-to-basics sandwich and soda shop. Their sharp focus on a very streamline menu using top-notch ingredients sourced from Kensington’s Sanagan’s Meat Locker and Blackbird Bakery.

They’re at the south-west edge of Kensington Market, at the corner of Augusta and Dundas.  From the exterior, it looks more like a laundramat or a barber shop, with simple signage and mainly-brick facade. 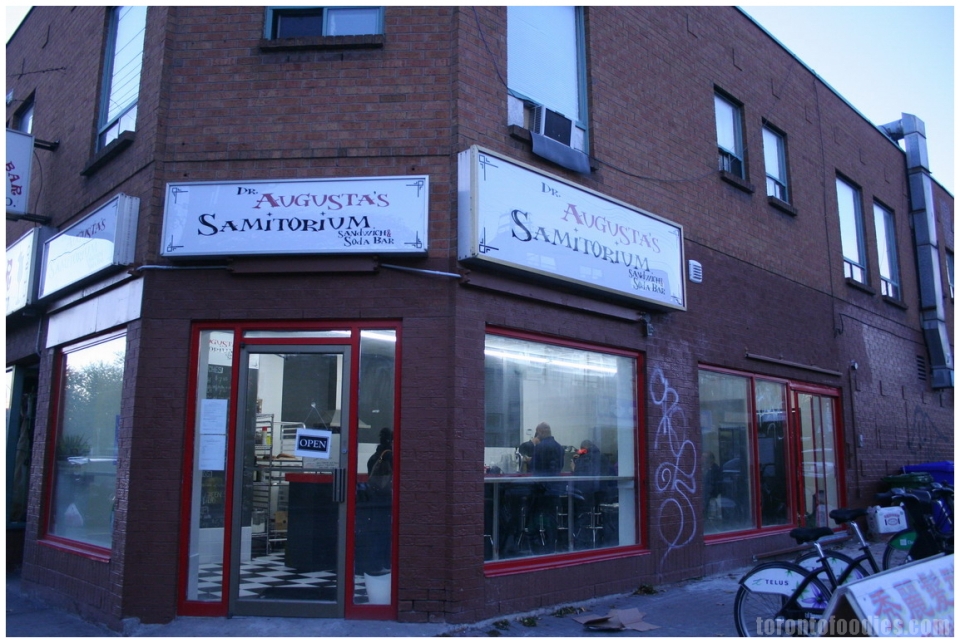 Inside, the space isn’t much fancier, featuring bench stools for roughly 8~10 people.  The fresh bread sits on a rack, soda syrups next to the spritzer dispenser, things are kept simple simple – but that’s what’s great.  Instead of doing many things mediocre, so fewer things great. 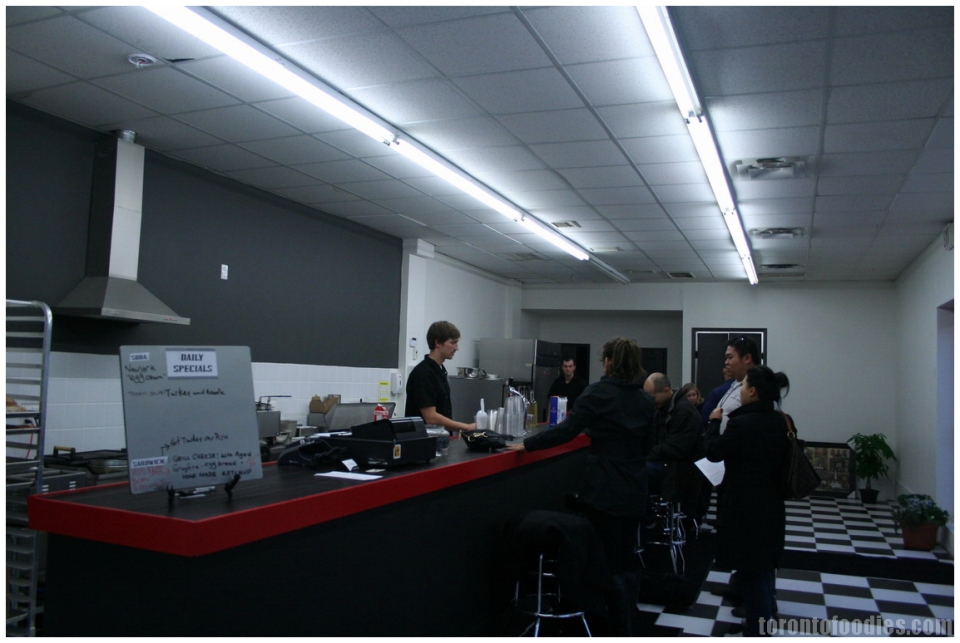 Our hosts are very friendly and hospitable, and told us that it’s pretty quiet by 7pm or so on most nights. Despite our large group of 10, they manage to get out the food reasonably closely timed, impressive for a 2-man crew and us ordering 5-6 different items. 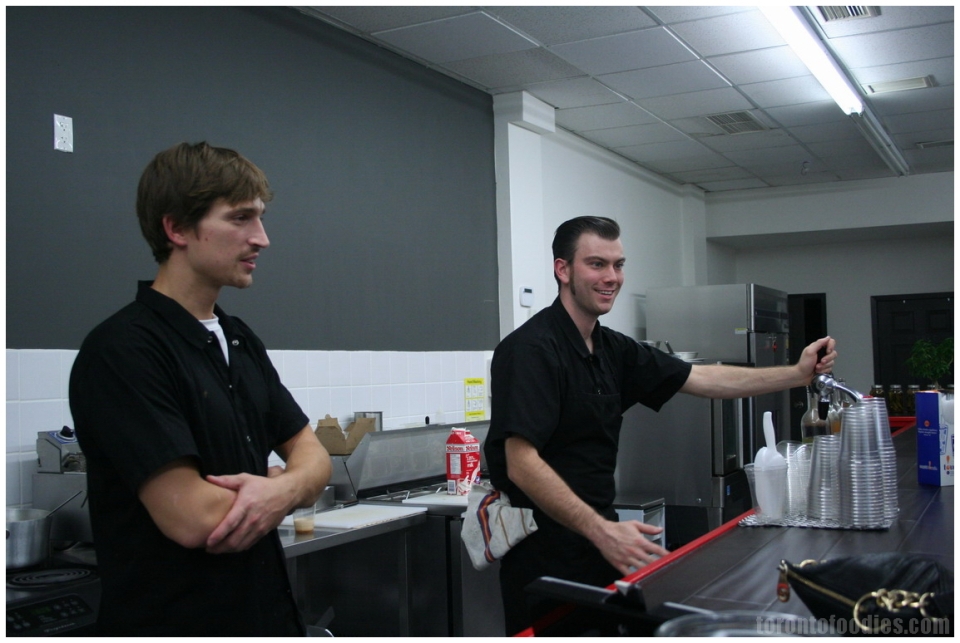 They make their own sodas here, their signature drink being rootbeer! Unfortunately, they had run out, and it takes 2-3 days for their concoction to be ready. Other drinks included a chocolate soda (Adam claims “it tastes like Christmas”) which had our group going back for seconds, an eggnog soda, and a ginger beer which is a staple here. 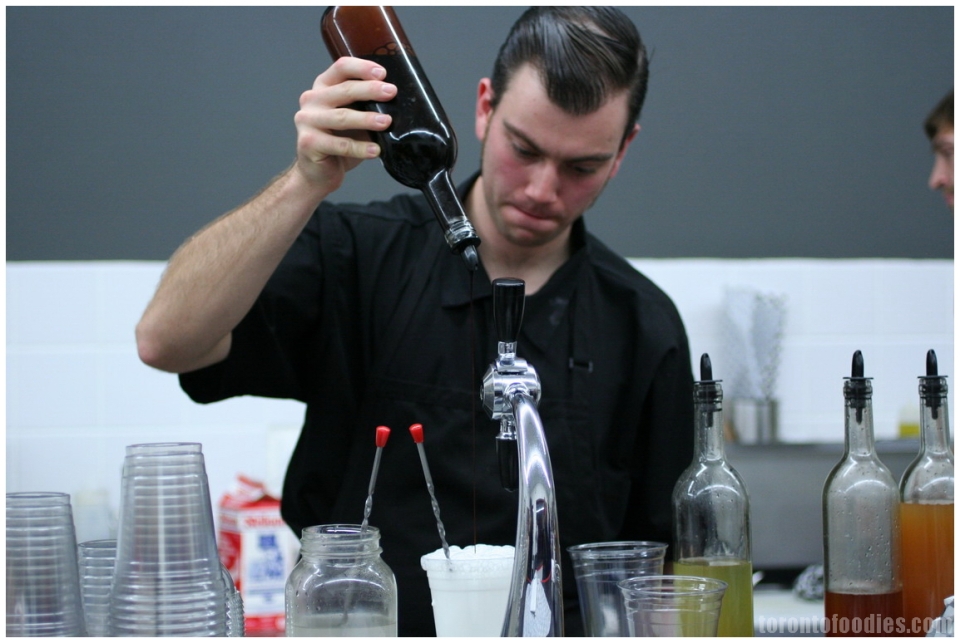 Breakfast Sandwich ($7.65) seems to be the crowd favourite from Yelp and Urbanspoon, and fortunately they were still available this day.  A fried egg and pork belly on a cheese biscuit, with sherry-reduced onions and aged cheddar.  The  wonderful cheese biscuit has a hard crisp exterior with a moist interior, but not so dense and heavy that it turns your mouth to cotton like a Popeyes butter biscuit. The tender pork belly slices fall apart from the mere pull of gravity. The tart, soft onions give a twang of sugar and acid to keep every bite fresh. The shredded cheddar was a bit lost in the mix, however. The egg was very crispy, albeit the yolks overdone, hard-boiled practically. 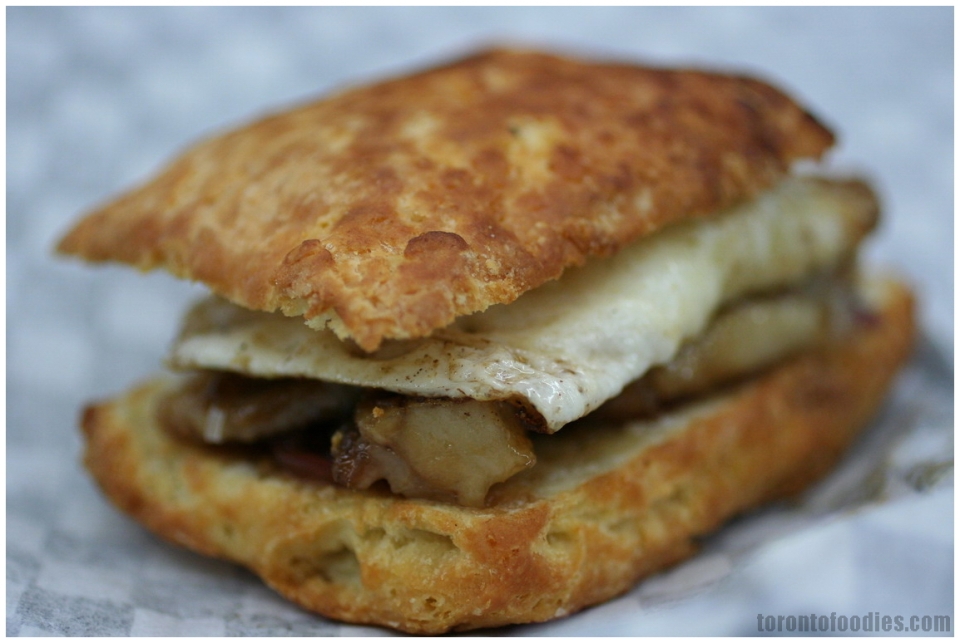 As a whole, every non-yolk bite had the nice crust of the biscuit, soft tender meatiness of the belly, sweet and tart and onion tones, all perfectly balanced with the biscuit dough; the biscuit dough never became too heavy and never muted/drowned the other flavours. On the yolk bites, however, I found the yolk to steal the spotlight of flavour, and I’m not quite sure how I feel about that, especially being well-cooked, but that only accounts for 2 bites of the sandwich.  Despite all that, this was a fantastic sandwich and I would have it again in a heartbeat. 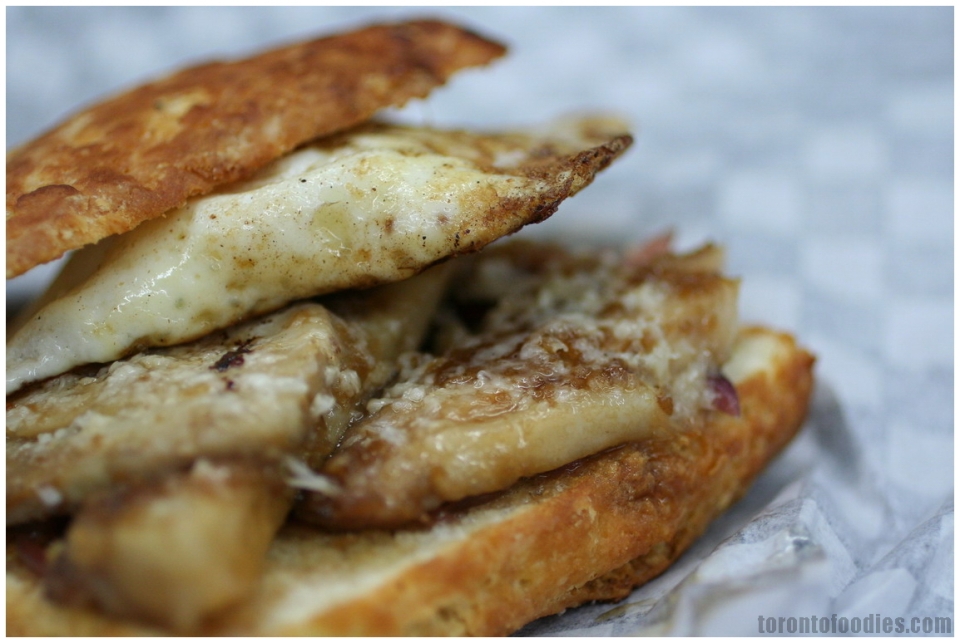 I snapped a picture of the Bread Salad, but didn’t try it out. 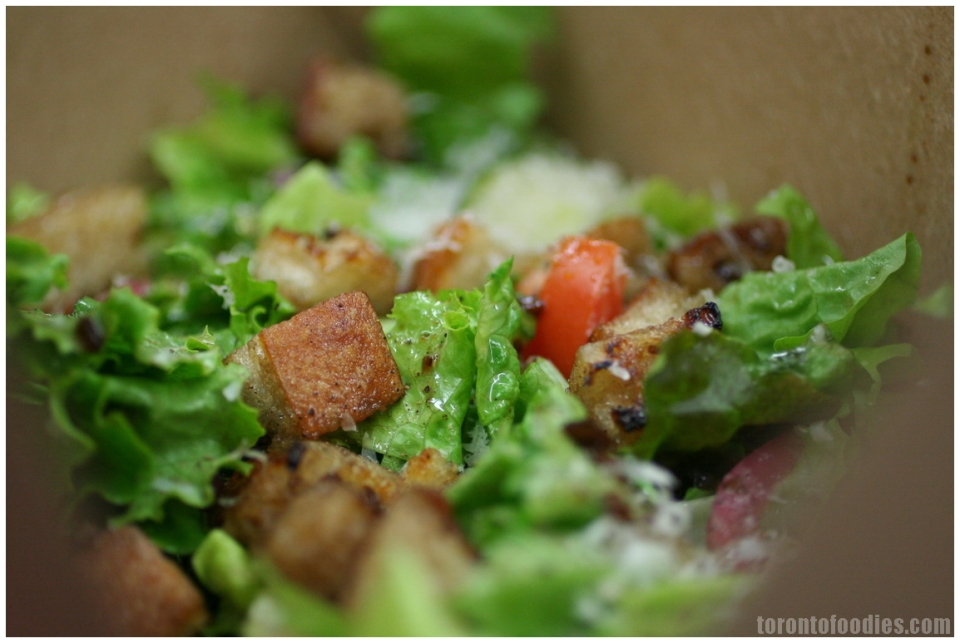