The environment is far more customer friendly. The line never got longer than 6-7 ppl, and moved relatively briskly. Most were here for sit-downs. It might have been a quiet day due to the rain, but I hear that Holy Chuck’s line-ups are never awful.

The buns are lightly toasted on the griddle. The buns here are much more consistent and fluffier than those at Burger’s Priest. And they absolutely soak up the meat juice – the bottom bun is usually deliciously drenched.

The use the same technique as Burger’s Priest — a ball of ground meat -> griddle -> pressed/flattened technique. That’s the secret to getting that beautiful meat crust. 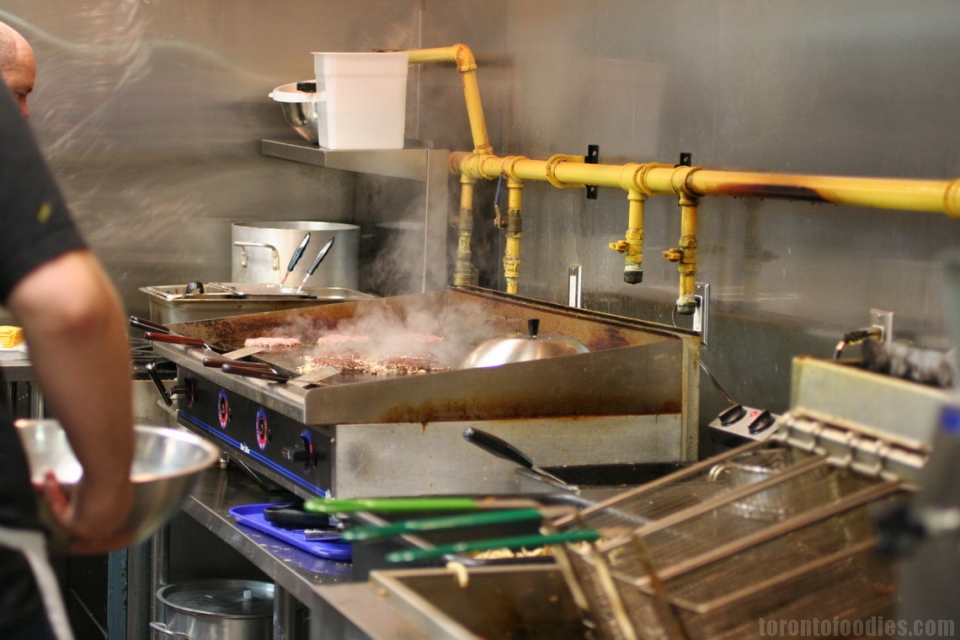 The signature Holy Chuck Burger ($9.99) – 2 Beef Patties with Bacon, Cheese, & Caramelized Onions. The beef isn’t as crumbly and juicy as Burger’s Priest (I have to make the inevitable comparisons). HC’s are a much finer grind, and I feel the meat is mushier as a result. It allows for a much better crust, but after eating the burger, I don’t have the “phantom” flavour and texture lingering in my mouth, the way I do with BP. It didn’t
taste like BEEF – I’m sure it was, but it wasn’t very pronounced. I do appreciate that they serve burgers on trays – something that BP no longer does. Maintaining structural integrity, without your bun falling apart, makes a significant difference to the eating experience.

The Half-Breed ($11.99) – 2 Patties made from a Beef & Cured Bacon Meat, ground together, with cheese and sauteed hot peppers. Once again on display is HC’s perfect crusting. If you like bacon, this is easily the burger of choice. It reminded me of eating the crumbled bacon at a salad bar — but by the spoonful. The texture was still similar to the regular beef patty — not particularly crumbly — but the use of bacon meat definitely
made it more juicy/greasy/delicious. The saltiness is just right. The sauteed hot pepper (available on any burger as a condiment) had a nice kick to it as well.

The Farmer’s Threesome ($12.99) – One Lamb Patty, One Beef Patty, One Half-Breed, with Cheese, Bacon & Caramelized Onions.
The first bite hits you with lamb. For those that like lamb – fantastic. For people who are wary of the peculiar gaminess of lamb, this is not for you. On ensuing bites, that initial wave of lamb subsides, and you’re tasting more of the half-breed bacon patty. The size of the burger, along with the variety of flavours, makes it tough to really discern the individual components. As a blend, you doesn’t really have any real “character”, beyond
faint elements of its components. Particularly, the beef patty is diluting out the flavours of the lamb and half-breed. I would certainly want to try the lamb on its own on another occasion though. As a stack, the texture really gets to me — just doesn’t have either a toothsome or a crumbly-melt-in-your-mouth texture — right in no man’s land, particularly the pink parts of the meat. I suppose if you’re an equal-opportunist
carnivore, this may be up your alley. 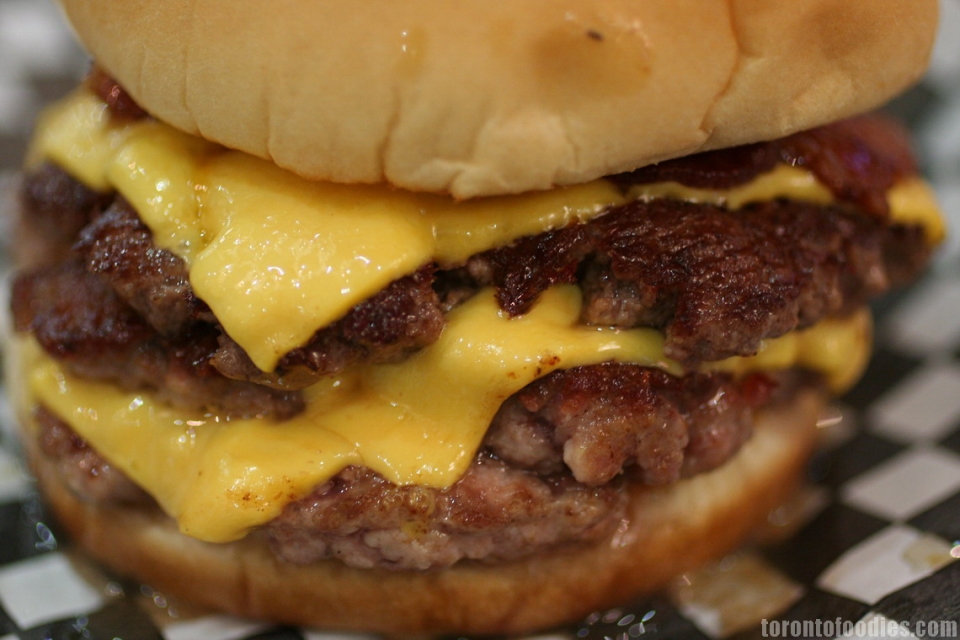 Poutine ~ With Real Quebec Cheese Curds ($5.99). The star of the show were the cheese curds — they didn’t melt, and were firm and light, withstanding the gravy flood (broken gravy main?). The fries were complete drenched — which is very generous, on HC’s part, but it didn’t make for a pleasing dish. 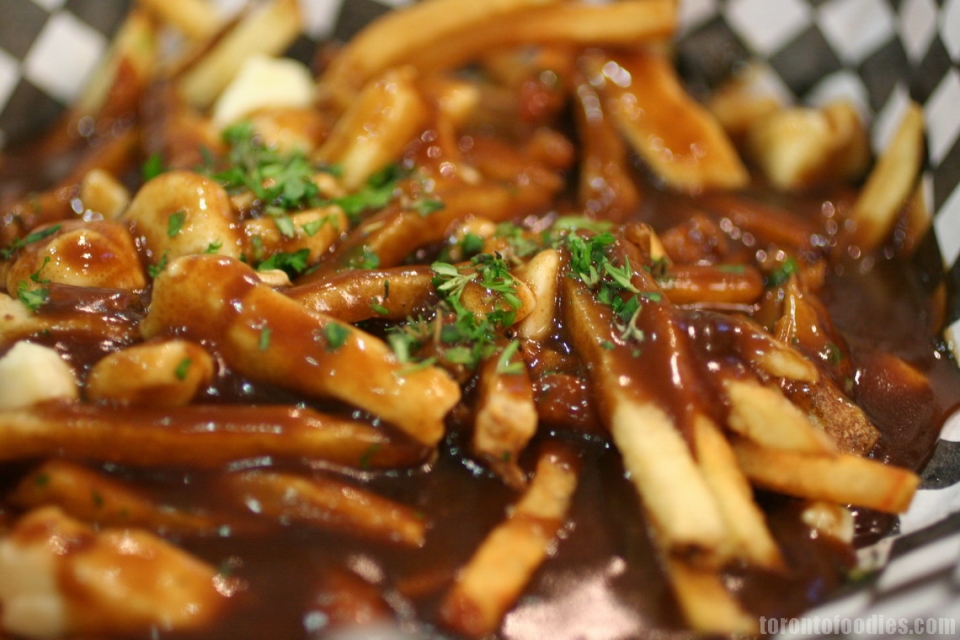 Milk Shakes – Made with 95% ice cream, 5% milk ($5.49). Here we have the Peanut Butter & Jelly, and the Fudge, Sea Salt & Fresh Red Chili. For anybody who is a fan of PB&J sandwiches, the shake is a winner. Absolutely tastes like a spoonful of peanut butter & a spoonful of jelly in liquid form. I was only able to finish half, and kept the rest in the freezer as pseudo-ice cream. The Fudge, Sea Salt, Red Chili initially tastes like a
chocolate shake — until the spice kicks in and tingles the back of your tongue 5-7 seconds later. It tastes like a mexican hot milk chocolate, and is definitely an acquired taste. Not sure I could really taste the sea salt, but I suppose salt would really be there to heighten the sweetness of the chocolate. There are definitely days when I would make a trip to Holy Chuck just for their milkshakes. Absolutely brilliant stuff.